Today our subject is wreck removal obligations. The vessel was freshly painted and her fittings gleamed in the last 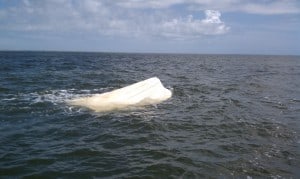 light. She steamed from Charleston toward the South, as her salty Master and crew began the voyage toward warmer latitudes. The Charleston Harbor jetties, still submerged on the ebb tide, were to claim yet another victim. The impact had little affect on the Newberry County granite, but reduced the pride and joy to a hulk of sorrow, broken and wounded.
Sunken vessels are called wrecks. When a vessel, raft or other craft sinks in a navigable channel, federal law known as the Wreck Act requires that the owners, operators, and charterers immediately
mark the wreck with a bouy or beacon by day and with a lighted lantern by night. Unless the wreck is removed, this obligation is perpetual and the liability to the government and to third parties
cannot be delegated.
When such a wreck sinks in a navigable channel, federal law also requires that the owners immediately remove the wreck from the navigable channel. Generally, if an owner or other responsible party does not mark and remove a wreck to the satisfaction of the U. S. Army Corps of Engineers, then the government may declare the abandonment of the wreck, remove the wreck at government expense,and seek full reimbursement of all costs from the owner. This statute was amended by Congress in 1986 to impose strict liability for wreck marking and removal when the wreck is in a navigable channel. This statutory change eliminated the optional abandonment of a wreck in a channel as a non-negligent owner’s limit of liability.
Under the Rivers and Harbors Act, even a wreck located outside a navigable channel must be marked and removed by anyone who negligently or intentionally creates a “hazard to navigation.” As
one might imagine, the phrase “hazard to navigation” is a term of broad application. In addition to possible liability to the government for any costs incurred by the government in marking and removing the wreck, owners, charterers, and operators may be liable to third parties whose property is physically damaged as a result of owners’ failure to properly mark the wreck or failure to promptly remove it. Generally, the cost of compulsory wreck removal is covered under Protective & Indemnity insurance policies covering the sunken vessel, although separate limits of coverage may apply.
Voluntary wreck removal is generally not covered at all. However, admiralty courts have held that exposure to potential civil liability makes the wreck removal compulsory. If the motivation for raising the vessel is the value of the vessel and her cargo, rather than compulsion, it has been held that removal costs are properly sue and labor costs covered under hull insurance policies on the vessel arid/or under cargo insurance policies on the cargo.
More next week on The Admiralty Docket. Until then, may God Almighty grant you pleasant sailing.
If you have a question regarding admiralty and maritime law, please call or email us today for a free, confidential consultation with no obligation.